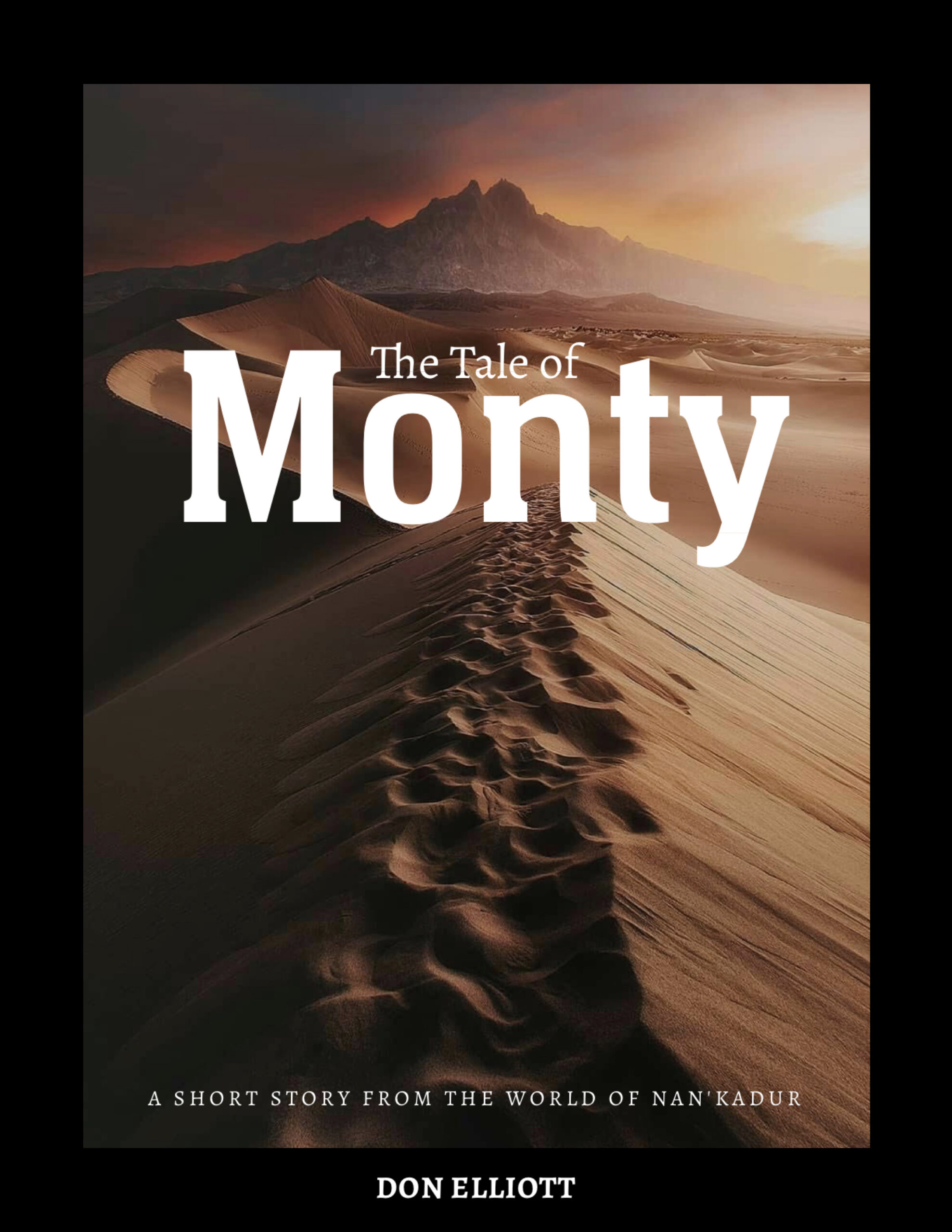 The Tale of Monty

Ripped from his pack and forced into captivity, Monty must race for his life in a savage arena. But when he refuses to be saddled, he is made to fight in a brutal pit, where his death is certain.

The Tale of Monty is the legend of the fiercest petra to run the sands of Nan’kadur, and the love that would set him free.

“I couldn’t stop! Action, horrifying injustice and violence, touching moments, and even a laugh or two. It’s so good! I’m in love with Roan and Monty.”